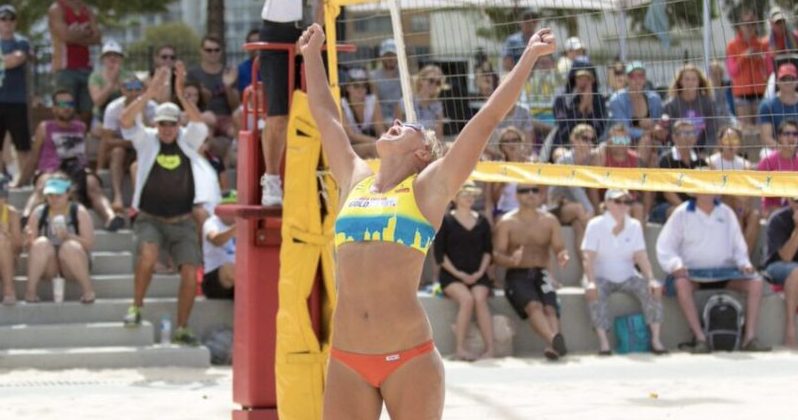 By Christie Jenkins Mindset Comments Off on Saying yes: 6 reasons to bring the word back into your vocabulary

Everyone has a to-do list a mile long. They have 1500 friends (of the Facebook variety at least). 7 different social media profiles to maintain. Piles of paperwork that never seem to get done. And a stack of event invitations that they should go to but would rather spend the night home on the couch.

It’s easy to see why there has been a proliferation of articles on why it’s important to start saying ‘no’ in order to protect your time and energy. What we often overlook is that by saying ‘no’, we miss out on some big changes in life that occur when we say ‘yes’.

There is definitely value in saying ‘no’ to the myriad of small requests that suck your time away and offer little benefit in return. You should say no to taking on extra admin tasks at the office, agreeing to cook the entire Christmas dinner rather than having everyone bring a plate, taking surveys for companies you don’t really care about, answering the emails of everyone who somehow gets hold of your address and so on.

But let’s look at a few situations in which you could say yes. One big yes can have far more impact on your life than a thousand tiny nos.

Say yes to what scares you

Most recently I’ve said yes to moving to Brazil for 4 months. It scares me, but that’s all the more reason to do it. I don’t speak a word of the language. I’m travelling on my own and don’t know a single person in the country. There’s the little understood Zika virus being borne by mosquitos. And it’s going to cost a fair bit of money in terms of airfares and accommodation.

Aside from physically endangering yourself, most of what scares us is all in our minds. And the best way to break through that limiting self talk and fear is to just go out and do things.

The next time someone asks you to do something physically challenging say yes and see what you are capable of. The next time someone suggests a holiday to rural Nepal rather than the beaches of Hawaii say yes and embrace the experience. The next time your company is looking for someone to speak at an event, put your hand up and say yes, even if you’re one of those people that fear public speaking more than death. And the next time you review your list of goals, make sure that every single item scares you in some way, then make it happen.

Say yes and figure out how later

Richard Branson has been quoted as saying ‘If someone offers you an amazing opportunity and you’re not sure you can do it, say yes – then learn how to do it later’. This philosophy seems to have worked well for him!

We were all beginners at some stage. Beginners in our careers, in sports, in new social situations and so on. As we become adults we spend more and more time in situations that we are comfortable with and lose that beginners mindset.

I went from being one of the top athletes in the world in the sport of trampolining, to being a complete beginner in the sport of beach volleyball in the space of a week. Nothing like changing your sport or career to force you back to a beginner’s mindset. And for the first few months of my new sport I was completely hopeless – I couldn’t pass a ball, didn’t know how to work together with my partner, and would regularly jump in the air to hit the ball and miss completely. It was exceedingly embarrassing. I learnt very quickly to laugh at myself. Since everyone else was laughing too better to join them than get upset about it.

The point is, it is far more satisfying and will make you much more successful in the long run if you can occasionally let go of being an expert, and revert back to being a beginner. And once you’ve learnt how to be a beginner again at one thing, the benefits carry over to other areas. For example, at the same time I was changing sports, I was also starting my corporate career. Having trained myself to be comfortable with laughing at failure and listening to my coach’s constant feedback, I entered the workforce much more comfortable with admitting my ignorance, taking on tasks that were considered too difficult for beginners and implementing feedback from managers. I had one manager who used so much red pen on my work that I could barely see the paper underneath! 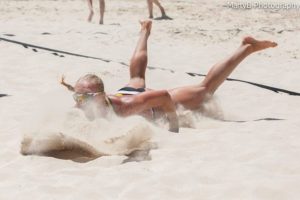 So say yes to requests you aren’t sure you can deliver on and then stretch yourself to find a way to make it happen. Say yes to tasks that require skills you don’t yet have, but want to learn. Say yes to sideways career moves that will challenge you to learn a new indus
try and role. Say yes to a new sport or activity that you will definitely suck at to begin with, and learn to laugh at your blunders. Children grow so fast precisely because they have a beginner’s mindset – adults stop growing as they carry around a mindset of
wanting to be an expert.

Say yes to being first

It’s natural to want to blend in. It’s normal to want to be part of the group. And there is nothing that makes you stand out from the group more than being first. Not first in a race, but the first to volunteer. While everyone else is shuffling their feet and hoping not to be chosen the person that puts their hand up and says ‘I’ll go first’ is viewed with a mixture of sympathy and admiration.

Standing on the sidelines makes you feel like you belong. But jumping into the middle is where you stand out, make a name for yourself, get all the credit and force yourself into rapid growth.

Theodore Roosevelt is famous for saying that ‘It is not the critic who counts… The credit belongs to the man who is actually in the arena, whose face is marred by dust and sweat and blood… who at the best knows in the end the triumph of high achievement, and who at the worst, if he fails, at least fails while daring greatly, so that his place shall never be among those cold and timid souls who know neither victory nor defeat.’

Whether you succeed or fail you will gain the admiration of everyone who wasn’t brave enough to say yes to going first, and the personal satisfaction of knowing you were first. Nobody ever remembers who went second.

Say yes to the people that matter most

The people closest to us are the ones that are the most understanding when we forget to call, need to reschedule, cancel at the last minute, go for long periods without bothering to connect, or are distracted and scattered when we do catch up with them.

It’s important to prioritise time with the important people in your life. You need to proactively say yes to spending time with them. Schedule it in before the thousand other tasks you need to get done. Are your friends and family not more important than typing out a reply to a work email or cleaning the house?

Relationships are the real currency of life. Money is valuable in that it gives us the resources to enjoy experiences with the people closest to us. Time is valuable in that it permits us free moments to share with others. Relationships – with friends, family and significant others – are what give true meaning to your life. Some say that the value of your life can be measured in the impact you have on other people.

So say yes to dinner invitations at your parents’ place. Say yes to a family vacation. Say yes to going to a friend’s birthday party even if you are tired. Say yes to going to the gym together. Say yes to impromptu lunch requests. Call people to hear the sound of their voice, not just when you need something. Write personalised thank you notes rather than sending a generic text message. Say yes to spending time with the people who matter most.

Make a decision now, not later. When you say ‘I’ll think about it’ or ‘let me get back to you on that’ you are not only making other people wait on you, but your expending more mental energy than you need to.

Sure, sometimes there are cases where you need to think about something or do more research before making a decision, but in 99% of cases you know the answer on the spot.

If the answer is ‘no’, be brave enough and courteous enough to tell people now. If you aren’t willing to help someone out on a project don’t say ‘let me check my schedule and see if I have time’. Just get your courage together and say no to their face now, rather than in an email three days later. If you don’t want to go out with your friends one night just tell them upfront you aren’t going, don’t string them along with maybes and force them into cajoling you for your company. Or in the case of my sport, beach volleyball, if you don’t want to partner up with someone it’s better for them to know now, rather than hold out hope that you might be available to play with them.

If the answer is ‘yes’, be brave with that too. If your gut tells you ‘go for it’ when a guy asks you out say yes despite the cautions from your friends about his job, looks, or intentions. If a business opportunity comes up grab it with both hands, don’t procrastinate with more research so you can feel safer about your decision. That is how opportunities pass you by. Or if you are asking yourself if you should make that difficult phone call, that request or that pitch now or later, say yes to making it happen now.

For even more powerful value creation in your life, say ‘yes and…’ The ‘and’ is additional value you can add to the situation. It speeds things up, people will love you for it, and it turns you into a proactive and positive person.

What comes after the ‘and’?  If someone…

… wants your input on a project at work say ‘yes, and I think the first step is…’

… requests your attendance at an event say ‘yes, and what should I bring?’

… needs help with something say ‘yes, and maybe I can also help with…’

… offers you an opportunity to work with someone you admire say ‘yes, and how can I make the most of this opportunity?’

… gives you an amazing job offer say ‘yes, and how can I prepare to ensure I hit the ground running?’

… gets down on one knee and asks you to marry them say ‘yes, and…’ (just kidding with this one – yes is probably sufficient answer!)

Saying yes is powerful. Saying it out loud is powerful. Adding action to your words is even more powerful. We have so many demands, requests, choices and opportunities that we have fallen into the habit of saying ‘no’ far more often than ‘yes’. But even one well placed ‘yes’ can change your life.

Take a chance and see what happens when you utter three little letters, rather than your usual two.