By Christie Jenkins Mindset, Sport Comments Off on Perform at a level you’ve never imagined…

In 1970, the USSR started experimenting with visualization and sports. Nowadays, visualization – or imagery as it’s sometimes called – is in the toolkit of every elite athlete. From kicking the goal, to turning the somersault, to winning the race, visualization helps your performance.

My sporting journey began as a trampolinist, and I used visualization daily. A few minutes before training to picture what I wanted to achieve that session, a few seconds before I got on the trampoline to practice a maneuver, and every night before bed I’d visualize my complete routines. This practice set me apart from most other athletes who practice only physically, and launched me to the top ten in the world for several years. I’ve carried the practice into my new sports – CrossFit and beach volleyball.

One of the first scientific studies of visualization was conducted by Dr. Biasiotto.  A group of individuals were tested to see how many basketball free throws they could make. He then split them into three groups. For the next 30 days:

No surprise that the third group showed no improvement. The first group who practiced every day improved by 24%. What was most interesting was that the group that didn’t even touch a basketball, only visualized, improved by 23%.

Similar studies have replicated his results to varying degrees – there was even a study which showed that visualizing lifting weights led to increased muscle mass.

So why exactly does visualization help you perform? 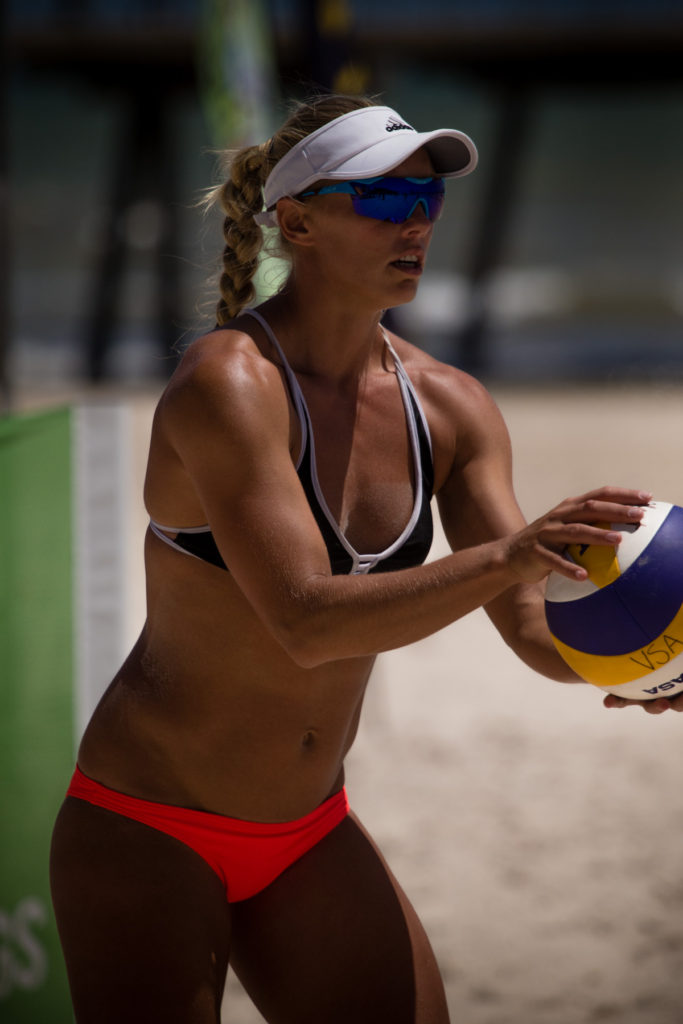 Your brain has a quality know as plasticity. That is, the structure of your brain can actually change over time. The brain is really a collection of millions of neurons, or nerve cells. These neurons are connected head-to-toe in pathways that allow you to access information or perform actions. When you do something for the first time, a new pathway of neurons is created in your brain. Think of this new pathway as a series of footprints in the sand – it’s faint, indistinct, and can easily be swept away.

When you perform that action a few more times, that faint neural pathway becomes a proper path. A few hundred more times and you have a paved walkway with railings. A million times and you have the equivalent of a Grand Canyon neural pathway in your brain. At this stage you don’t even have to think anymore – it becomes unconscious because there is only one path to take. Changing the course of that action would be the mental equivalent of hiking ten miles uphill to get out of the Grand Canyon.

Visualization works because it lights up the same neural pathway in your brain as actually performing the action. This means you can ‘perform’ a perfect technique or a winning outcome over and over again in your mind without having to physically go out there and do the action. You form deep neural pathways making success the only possible outcome.

When you’ve experienced performing a difficult task, or winning a challenging race, or beating a particular competitor hundreds of times in your mind, it doesn’t seem so daunting in real life. When you’ve imagined crossing the finish line in first so many times, it only seems normal that you find that final burst of speed in the last moments of the race to take the win.

Doubt makes you tense and channels your energy away from your performance. Confidence keeps you relaxed and helps you achieve flow. Visualization is a key way to build confidence in your ability to perform when it matters.

3. It builds on your training

In an ideal world your visualization is identical to your execution. But that’s obviously difficult to do. Your mind gets distracted, your imagery is imperfect, and there isn’t the same intensity attached to the experience. There are even some theories that claim your muscles contain memories of movements. When you visualize you aren’t moving so these ‘muscle memories’ aren’t being created either.

For instance, Guang Yue completed a study where he compared individuals who performed physical exercises with those who only visualized the workouts. People who went to the gym gained 53 percent in muscle strength, whilst those who only visualized gained 35 percent. Still amazing results considering they didn’t lift a single weight, but not identical results. So visualization adds to your training, but it doesn’t replace it.

Visualization works, but we want it to work even more effectively. The key to super-charging your visualization for the most gains is to make it both more realistic, and more intense. Use all of your senses, not just your vision, and ramp up the intensity using emotion and a few other tricks. Below are a few of my favorites, organized by senses. 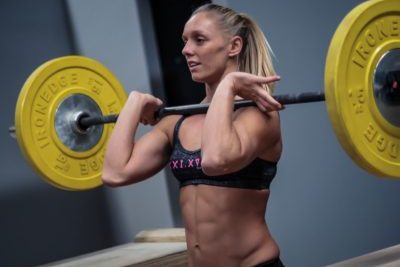 Color: An image in bright, vivid colors is far easier to recall than one in black and white. Similarly with visualization, color is much more powerful than grey scale.

Video: Our hunter-gatherer brain is hardwired to pay attention to movement. Movement meant food or danger. So make your visualization a movie, not an series of still frames.

Zoom: Your brain is the world’s best camera. You can zoom in to see individual drops of sweat, and zoom out to see an entire stadium cheering for you. Play around with your mind’s zoom settings.

Volume: Hear the screams of the crowd, the pounding of your feet on the pavement, the soft swish of air as you pass an opponent, or the slap of hands as you high five a teammate. Play with volume – changes in how loud each sound are in your mind make your brain pay attention.

Pitch and tone: Accents, cadences, and tones add life to people, and to visualization. Imagine the love in your husband’s voice as he tells you how proud he is after the race, the hoarseness in your coach’s voice as he yells across the track, the foreign accent of an announcer when you compete overseas, the breathless words exchanged with a team mate mid-race or the whisper of your own voice as you prepare for an uphill battle.

Rhythm: There is emerging research by the Rhythm Brain Project on how attention, focus, memory, and brain power can be enhanced by rhythmicity. Find patterns and rhythm in your movements, thought patterns, and the structure of your sport can improve the effectiveness of your visualization

Music: Music is a trigger. When they play YMCA at parties your mood is instantly changed to to embrace the group dance. You probably also have songs that evoke emotions of love, heartbreak or celebration. Playing music while visualising or imagining music within your visualisation can act as a trigger for certain moods. Imagine your football team just won the Grand Final and the emotions that come while listening to your club song play at the presentation. When you hear that song at the start of the game, it will trigger the same emotions and confidence you developed in your visualization.

External sensations: This relates to having contact with external objects and people. Imagine the coolness of the trophy, a hug from your coach, the feel of the ball in your hands, the grass as you slide along it, the water as you splash it over your face, or the ribbon breaking as you run through it.

Kinesthetic sense: This is the feel of your own body during movement. As a trampolinist you would often find me practicing the movements of my routine on the ground before even touching the apparatus. I put their arms up, tighten my abs, spin around to mimic the feel of twists, and bounce on my toes to feel like I am jumping. I engage my kinesthetic sense as I visualize. Bring what your body feels like into your visualizations.

This is a tricky sense for most of us to imagine but it’s a powerful one. That’s because taste connects more directly to the memory system than the more obvious senses of sight and sound. Think about the dry taste in your mouth from the heat of the day, the sweetness of sports drinks, or my personal favorite, the mint of toothpaste. Weirdly, I always brush my teeth right before I compete, and the taste helps me trigger the right mental state for competition.

Much like your sense of taste, your sense of smell is strongly connected to the memory centers in your brain. The sensation of flavor is actually a combination of both senses. Visualize the scent of freshly cut grass, the chlorine of a pool, the saltiness of the ocean, the scent of the locker room, or the petrol of your car.

Much like music, scent can also be used as a deliberate trigger. Burn a scent like lavender while visualizing, and then bring that scent with you into competition to activate the performance you imagined.

Speed is another element that can make your brain pay attention. Think of the super slow-motion shots they show during the Australian Tennis Open. Imagine your own movements in that much detail? Or speed up your imagery so you can see a whole string of races won over an entire season? You can even use your mind like a TV – fast forward, rewind, pause, slo-mo, and play.

I’ve saved the most powerful tool for last (to reward all of you that read this far). Emotion is the single most important element you can use to super-charge your visualization. Remember our analogy that doing something once is like making a set of footsteps in the sand. Instead of visualizing something thousands times to make your neural pathway a road, you can use powerful emotions to shortcut the process. It’s like wearing grooves in your mind using a bulldozer rather than just your footsteps.

Add the pride you feel when your coach says they are proud of you, the euphoria as you win the championship, the relief at crossing the finish line after a long race, or the intense satisfaction of executing your technique perfectly.

Reach a level you never imagined…

Now you know visualization works, and how to super-charge it, it’s time to kick back on your couch, put your feet up, and get your mind to work.

Use these techniques to take your performance to a level you never imagined… or perhaps you did.