By Christie Jenkins Mindset, Sport Comments Off on Mastering Skill: Beyond unconscious competence 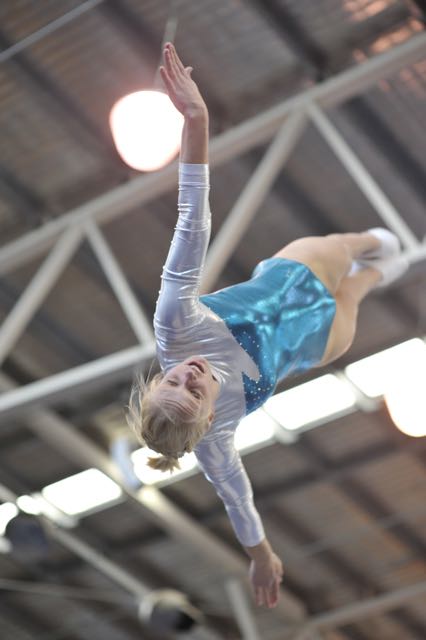 As a trampolinist, people unfamiliar with the sport often used to watch me compete and ask ‘How do you do all those somersaults? What do you think about when you’re upside down?’

The answer rarely satisfies them because I don’t actually think about much at all. For me, a double twisting double somersault (think of flipping over your head twice whilst at the same time spinning around twice, all in a single bounce) was a skill where I’d reached the level of unconscious competence. I could do it without thinking through the mechanical parts of the movements. I had mastered the skill to a level that didn’t require thought.

Not many people go around mastering multiple somersaults, but you would experience the same type of ‘non-thinking’, automatic movement for other skills in your life – anything from driving a car to catching a ball to going for a walk.

The 4 stages of skill acquisition

In the 1970s Noel Burch, an employee at Gordon Training International, developed the ‘four stages of learning’ model. It describes the skill acquisition journey we go on from completely ignorant all the way through to mastery. The four stages are:

Let’s look briefly at these before we move on to what lies beyond the four stages model.

In the first phase of learning you are ignorant, and not even aware of your own ignorance. Newcomers to martial arts think that they will learn to do high kicks like Jackie Chan, but they have zero knowledge of most of the skills they will need to learn along the way. The first day on a job you may be filled with confidence that you know what you are doing, but that’s only because you have no idea exactly what skills the job will require down the track.

Unconscious competence is often characterised by over-confidence. You feel good about yourself and your ability to master something because you really don’t know how difficult, and how long, the journey will be.

The second phase is where you get a bucket of ice water dropped over your head. You suddenly learn about all the things that you need to learn. It’s the ‘oh crap’ moment when you realise just how skilful masters of the craft are, and just how far you have to go.

I remember my first ever tennis lesson. The instructor started talking about how to grip the racket. ‘Grip the racket?!’ my brain thought in disbelief – I thought all I had to learn was how to serve, hit a forehand, backhand and volley. Abruptly I realised that if we were spending so much time on something as small as my hand placement on the racket, then there were probably a million other tiny skills I’d have to master. My tennis career hasn’t exactly flourished…

Conscious incompetence can be a challenging stage, particularly if you can’t see the way to progress through it. In the case of sport, hopefully you have a coach who can teach you all the skills you need. But other endeavours are not so simple – it’s difficult to find someone to teach you everything you need to know about starting a business for instance, or being in a relationship. People without a strong purpose, or a good coach, often give up in this phase.

Now we are getting somewhere. Conscious competence is where you can actually do the skill, but you have to concentrate to get it done. When my dad was teaching me to drive and let me on the roads for the first time (the very, very back roads mind you), I could drive, but it took every iota of focus I had. And I was learning in an automatic! I had the radio off, a death grip on the steering wheel, and a very delicate touch on the accelerator.

Conscious competence is a rewarding stage because you are obviously getting better. You know the exact skill you are trying to improve and you can easily track your progress in it. The bad news is this by far the longest stage, sometimes leading to discouragement and giving up. For instance, it might take an elite gymnast a year to learn a new skill (which for a teenager – as most gymnasts are – feels like a lifetime).

This stage is what we consider mastery. It is the stage in which I perform my double twisting somersaults on the trampoline. Going back to our driving example – I might now get into my car, drive from my home to my friend’s place, singing (very poorly) at the top of my lungs with the radio blasting the whole time, and not once think about the actions of driving.

When a skill is so ingrained that it becomes automatic and doesn’t require conscious thought, then unconscious competence has been reached. We often refer to this as ‘muscle memory’.

Malcolm Gladwell in his book ‘Outliers’ discusses that it typically takes 10,000 hours of practice to reach mastery – or unconscious competence – for complex skills such as computer coding or playing an instrument. If you practice an hour a day for the next 27 years you should get there! If you want to be an Olympic champion the 10,000 hour rule probably holds true, but there’s plenty of other research to suggest that quality of practice, learning strategies, motivation and a range of other factors contribute to how fast you reach unconscious competence.

After all it didn’t take me 27 years to learn to drive a car, because I don’t want to be a race car driver. I just want to be able to drive while singing the lyrics to my favourite song.

What lies beyond the 4 Stages of Learning model?

For those just starting out in an endeavour the 4 stages of learning model will keep you occupied for a very long time. Good luck.

But for those who are already masters at something, what comes next?

The original model proposed that reaching unconscious competence was the end of the road for skill acquisition. But if we look at world champions and industry leaders, we can see that they have obviously reached mastery, and yet they keep getting better. Federer has the most complete tennis game in history, and yet he has continued to improve and won his 18th Grand Slam many years after his 17th.

Once the skill itself has been perfected and no longer requires conscious thought, how do you then improve? I’ve observed three key ways, there may be more.

Josh Waitzkin in his book ‘The Art of Learning’ describes the concept of making smaller circles in the context of martial arts. Once you have perfectly mastered the technique of the straight punch you can improve by making the wind-up smaller and smaller, but still maintaining the force and trajectory. It is difficult to do, and can only be done incrementally. It might take you a month to reduce your wind-up by an inch but maintain the same force of the punch. And it will surely take you years to reach the stage of the grand-masters who seem to barely move and can punch you across the room. Your straight punch technique was perfect, but you can complete the same perfect action in a ‘smaller circle’.

So the first thing the lies beyond unconscious competence is making smaller circles. How can you get the same results faster, smaller, and without giving any warning to your opponents? How could you deliver the same valuable output at work or in a presentation with less preparation time? 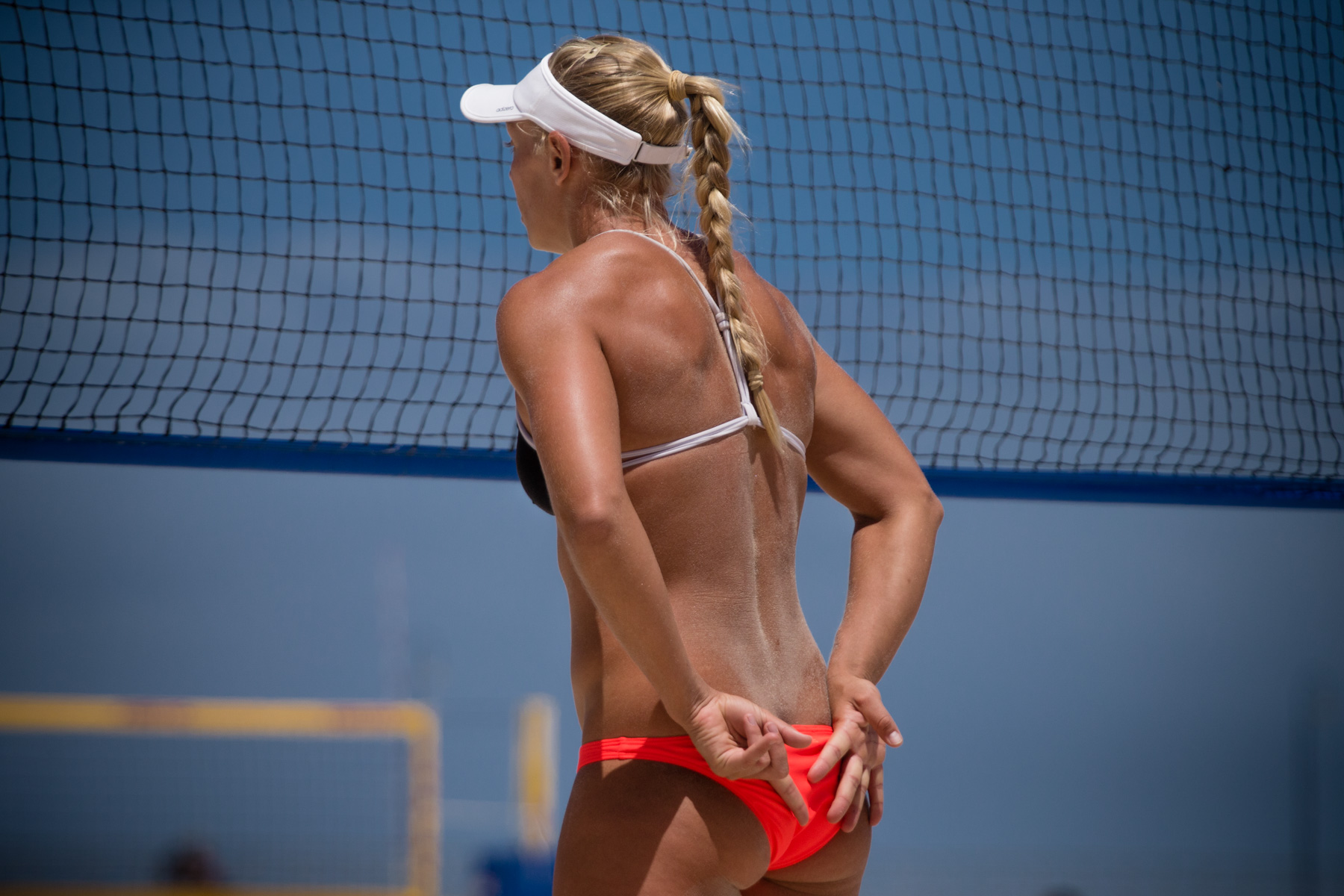 In sport, we talk about strategy, technique, skill, strengths, weaknesses and tactics. But we rarely talk about intuition. It is the sixth sense of sport. The knowing what your opponent will do before she does it. The certainty that your kick will score a goal before your foot even contacts the ball. The premonition of what tactic the other team will use next.

Intuition is rarely talked about because it’s not exactly reliable. After all, how would you teach intuition? How would you consciously use it as a tool? How would you separate what is intuition from what is simply the best guess prediction of your rational mind?

Intuition is present at all stages of learning, but it is the most powerful once you’ve reached the level of unconscious competence. That’s because in order to listen to the subtle voice of your intuition your rational mind must relax – it’s most able to do this in unconscious competence because you are no longer forcing your brain to think about skills.

The interconnection of skills

The third thing that lies beyond unconscious competence is the connections between skills – both skills in the same field, and across fields.

As a simple example let’s imagine a golfer who has mastered his swing. He can execute a near perfect swing every time he faces the ball. But if our imaginary golfer developed his swing by only hitting balls at the driving range, then he isn’t going to do too well out on the golf course.

Although more difficult to see, this interconnection of skills also applies across fields. Far greater value has been added to the world by people who are multi-disciplinary experts, than those who study a single area. Think of Steve Jobs who wove design and technology together. Or Cirque du Soliel who blended circus and high-end theatre for the first time to create a unique show.

The ability to blend entire fields to create new insights requires a deep understanding of the underlying principles of each field, only acquired through years of experience and skills at the unconscious competence level.

For most of us, in most areas of our lives, Noel Burch’s 4 stages of learning model will keep us plenty occupied for years. But for those who seek true excellence, or who aim to make an impact on the world, consider the benefits of going beyond unconscious competence. There you’ll find smaller circles, intuition, and an exponential increase in your impact through the interconnection of your skills.

There’s really no end to your potential. Go beyond mastery.