‘Aren’t you scared?’ my friend asked me as we walked across a narrow bridge towards a tiny platform in the middle. More than a hundred meters below us a river inched its way slowly along the canyon floor. Turns out a hundred meters looks like a much greater distance when you are looking straight down, compared to starting down the athletics race track.

‘I think I might throw up,’ my friend continued. ‘I’m sweating like crazy, my heart is probably going to explode from beating too fast and my legs are shaking.’

We reached the platform in the middle of the bridge to be greeted by a young guy smiling broadly.

‘Ready for your first ever bungee jump ladies?’ 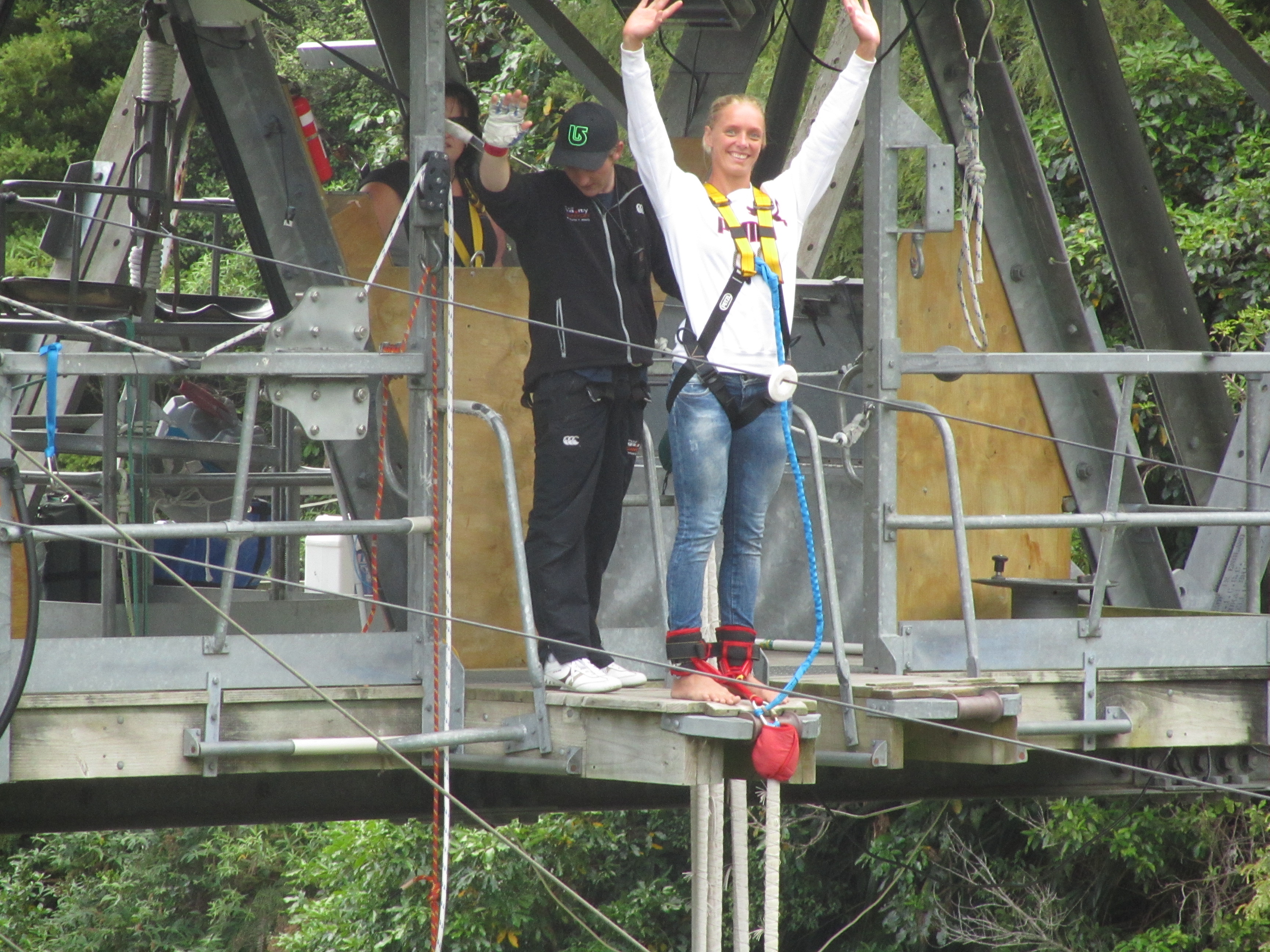 The above is a true story. My friend and I shared exactly the same experience, and yet we reacted completely differently. She called it fear, I called it excitement. Does it make a difference?

Of course it does.

We all feel emotions. We all experience the physical sensations linked to those emotions. And at some stage we all learnt how to label those emotions and sensations. Most of those labels came from the people around us – we didn’t choose them ourselves.

Imagine if I grew up in a family who labelled the emotion of anger as ‘rage’. Compare that to a family that referred to the same emotion as being ‘a little bit upset’. How might we act differently when we feel the same physical sensations if we are labelling the emotion differently? Or consider my example – how much easier is it going to be for me to face scary and new situations when I label my emotions as ‘excitement’ rather than for my friend who labels them as ‘fear’? How might I approach a competition differently if I consider myself to be ‘nervous’ rather than ‘anticipatory’?

Bit of a difference right? Simply labelling the emotions differently, and being conscious of the labels we choose can have a huge impact.

There are three main ways labels impact our emotions:

1) The label you choose strengthens the emotion.

Your brain essentially has a feedback loop. You feel an emotion, your mind labels it as rage, it identifies your typical symptoms of rage, and then tells your body and mind to show more of those symptoms. And then your mind looks at all those symptoms, and confirms that you are indeed feeling rage. It can be a vicious cycle.

2) The label can put you in either a passive, or a resourceful state.

3) The label you use affect how others see you, and react to you.

When you talk about what you are feeling with others, they pick up on the labels you use to describe your emotions and react accordingly. It also contributes to how they see you. You probably know someone who is always ‘depressed’ – they aren’t so fun to hang around. Or someone who claims to be ‘devastated’ after something doesn’t go the way they hoped. They’ll probably get sympathy in the short term, but they won’t get be respected in the long term compared to someone who is ‘feeling a bit down’.

You’ll notice all the examples I gave are negative so far. That’s because it is extremely common in our interactions to play down our happy emotions, and over-emphasise our negative ones.

When you ask someone ‘how are you?’ they will reply ‘good’, ‘fine’ or ‘ok’ 99 percent of the time. There are 171,000 words in the English language and we limit ourselves to ‘good’ and ‘ok’ whenever we feel something positive (we might throw in a ‘great’ on an exceptional day). But we sure don’t limit ourselves when it comes to negative emotions. The same question ‘how are you?’ can elicit responses anywhere from ‘annoyed’ to ‘busy’ to ‘tired’ to ‘depressed’ to ‘worried’ to ‘angry’.

So the trend is to use strong negative language, and weak positive language. We can obviously counter this by using weaker negative words, but you can also flip this around and use stronger, more creative positive words to describe your happy emotions too. This will create a virtuous cycle effect. If you say you are feeling ‘ecstatic’ rather than ‘happy’ your brain will kick into gear and start giving you more of the symptoms for ‘ecstatic’. Before long you will be feeling it.

Below are some suggestions for labels you can choose. There are a few levels at which you can harness the power of labels. For the beginner, simply choose a word with a different emotional strength. For negative emotions choose a milder word, for positive emotions choose a stronger word. Each time you feel that emotion, practice using your new label. Use this list as a starting point, but feel free to think of your own words too.

For the more advanced students, you can use the power of labels to transform seemingly negative emotions into positive ones. Much like I turned ‘fear’ into ‘excitement’, you can do the same thing. Look for the physical symptoms, or the situations, that typically trigger your negative emotion – what other emotion could be linked to these same triggers or situations?

This is trickier than the previous examples because you aren’t just changing the degree to which you feel an emotion, but completely transforming the emotion. So it takes more practice using the new label, but the rewards are well worth it. Here are some suggestions.

Transformative labels for those up to the challenge:

Once you learn to not just use milder or stronger words, but to completely transform your emotions through labels, then you can start applying it to others.

I don’t recommend you try this until you’ve made some progress using labels yourself. Unless you’ve genuinely replaced the word ‘irritated’ for ‘angry’ in your own emotional vocabulary, then it won’t come out as authentic when you apply that label to someone else.

That might not go down too well when you inform your friend who has declared that he ‘has never been so angry in his entire life’ that he is only irritated and shouldn’t over-react. Whereas if you’ve done the work on your own psychology, you might at a later date say ‘I’ve never seen you so irritated at someone’ to your friend in order to help him look back and reclassify his emotions.

Similarly with happy emotions. If you get the standard ‘I’m good’ answer when asking someone how they are, you can reply with ‘Only good? I think you look amazing today, you’ve got so much energy’. Perhaps tomorrow they will come in and say they feel ‘amazing’ without any prompting from you. Once you have your own labels sorted, help other’s re-label their emotions.

‘Ready?’ asked the attendant as he tightened the bungee strap around our ankles.

‘Shuffle out to the edge, I’ll count to three, and then you jump. Head first remember?’ I nodded and flashed a smile at my friend.

‘I’m so scared,’ she whispered to me, her voice catching. But she stood up, ready to go.

‘One. Two. Three…. Jump!’ The instructors last word trailed off through the rushing of wind in my ears as I leapt from the ledge. The smile never left my face.

Later, when we sipped hot chocolates at a café overlooking the canyon my friend turned to me.

‘I know I said I was terrified, but that was SO EXCITING!’ Three tables worth of people turned to look at us. ‘Let’s do it again!’ she said.

Just like that, she changed her label. You can too. 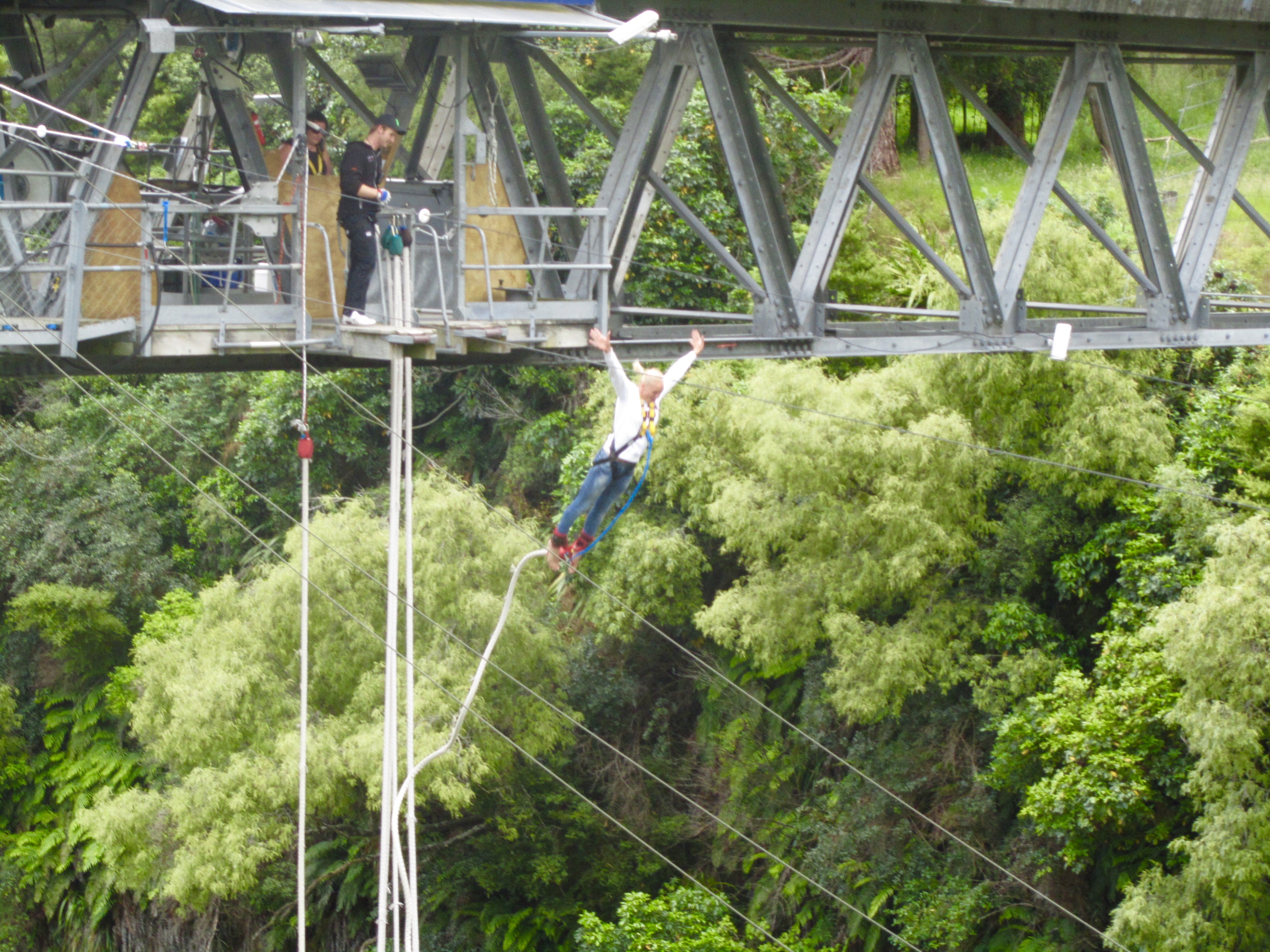