By Christie Jenkins Business, Sport Comments Off on Growing the game: Why most sports CEOs are getting it wrong

From niche to mainstream

She turns, putting her back to the water and the drop below her. Balances with just her toes on the edge. Raises her arms.

The watchers hold their breath.

From below it is hard to judge the scale of the cliff. At 28 meters, it soars above the ocean, a sharp, unforgiving drop.

It is not until the diver is on the edge of the cliff that you get a true sense of scale. She looks tiny in comparison. Every line of her body suggests taught focus as she faces the danger ahead.

Cliff diving is an entirely niche sport – not something you’d have a crack at on the weekend. And yet, as you scroll through social media, or watch a sports channel on TV, you’ve likely taken a moment to marvel at the athletes crazy enough to tackle this sport. YouTube streaming of events have 10 million views.

Many would argue that cliff diving moving from niche to more mainstream viewership is thanks to the deep pockets of Red Bull coming in as the major sponsor in 2009. 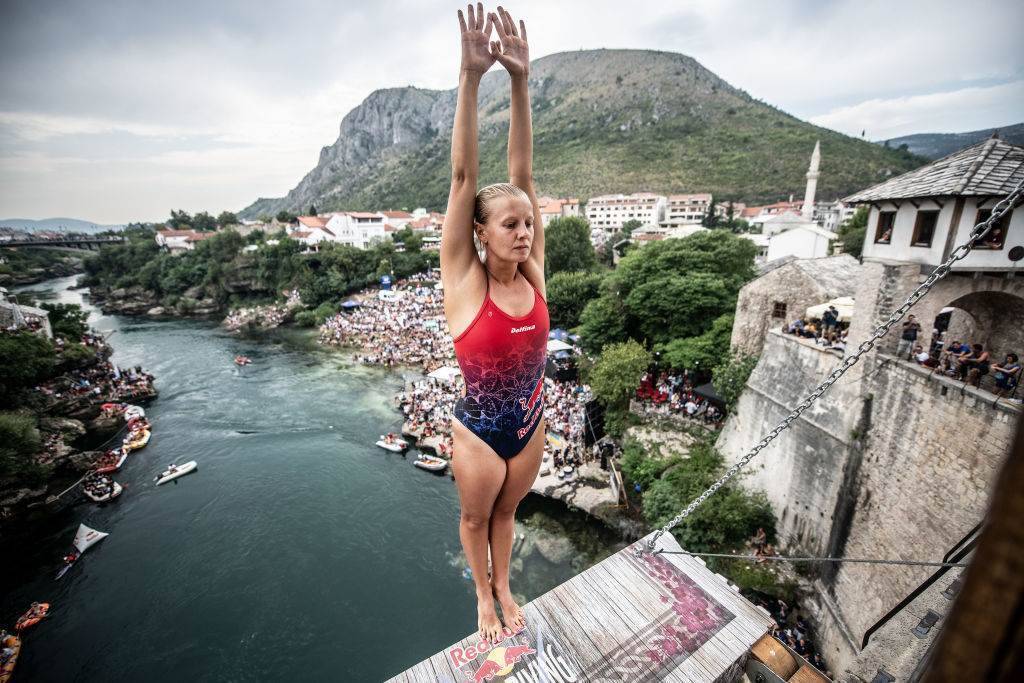 A hundred cameras went off as the athletes stampeded from the starting line. Eyes laser focused. Every single one of them with 6-pack abs and quads for days. There was over half a million dollars riding on this final event.

In the audience, not a single person was sitting.

‘Faster Brooke – you’ve got this!’

Fans screamed the names of their favourite athletes – the big names of the sport recognised by first name alone. 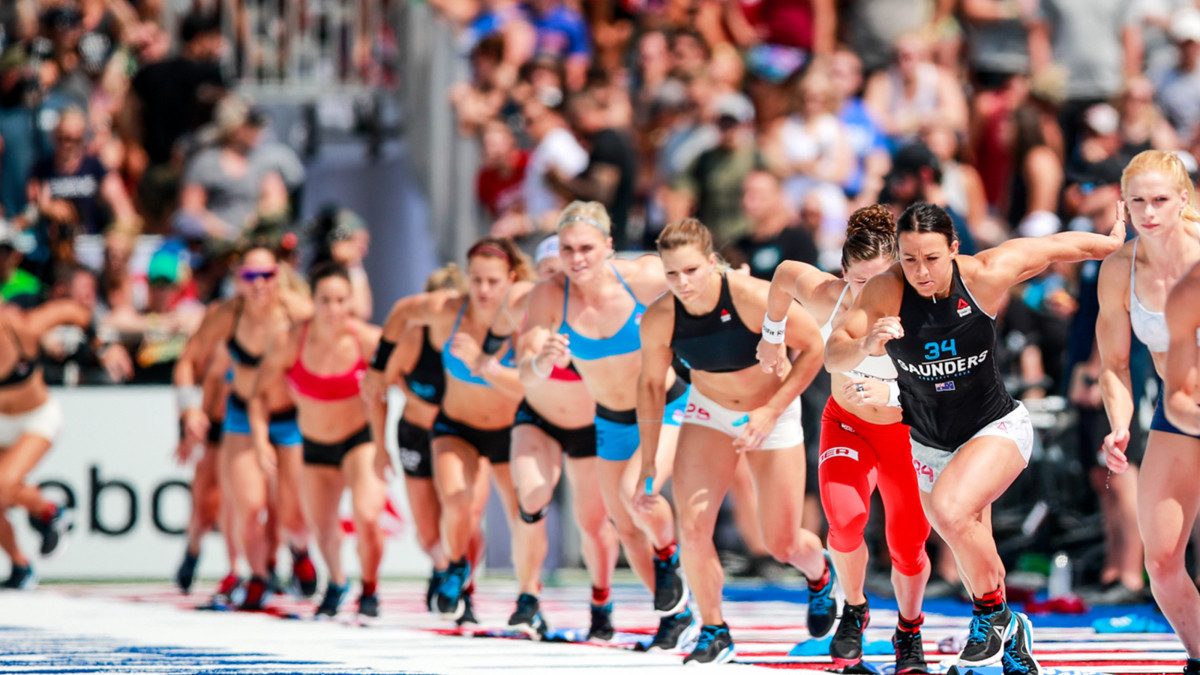 CrossFit is literally the sport of working out. Fans watch athletes do burpees, run, lift weights, complete muscle ups and in general suffer through some of the most gruelling exercises you’ve ever seen.

A decade ago, the CrossFit Games took place in between barbequing on someone’s dusty ranch. Anyone who showed up could compete.

How did CrossFit go from this, to a multi-million dollar event? How did the sport grow from an obscure list of workouts on the internet, to the largest sports participation event in the world? These days the CrossFit Open – the first stage of qualification for the CrossFit Games – has 400k+ people competing?

Some people might point to CrossFit choosing an affiliate model rather than a franchise model, allowing them to grow rapidly without capital. Others might point to how they shifted lifting weights from a solo endeavour to a community one.

Businesses worry about customers, employees, investors, product, brand, revenue, and profit. Mainstream sports are the same, they just have different names for what they worry about. Customers are fans. Investors are sponsors. The product is athletes and the events that showcase them.

At its core, sport has a circular business model. The Sports Flywheel. 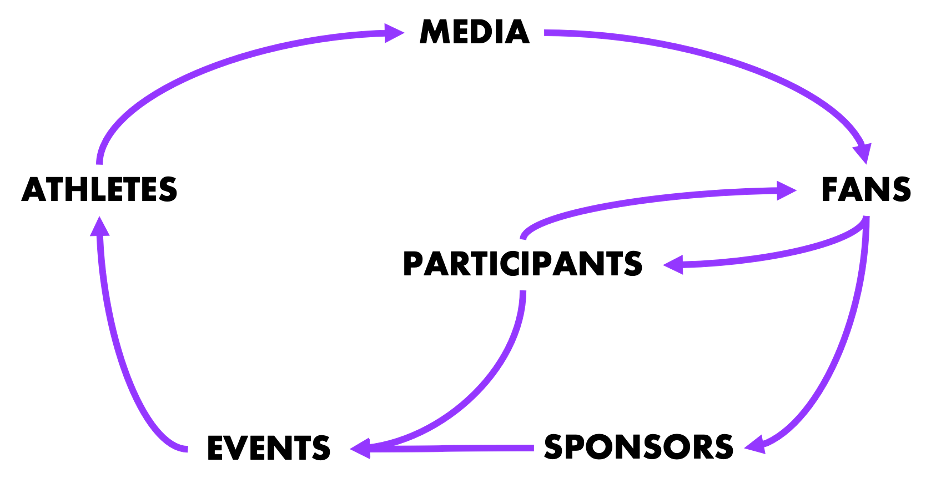 Athletes are the elite players of the sport. In a professional sport they get paid to train and play full time. And the media coverage that the sport gets allows them to develop their own brand, following and monetisation.

Media is pretty obvious. More popular sports have more media coverage. Turn on ESPN and you don’t see too much tug-of-war, but you’ll see plenty of football (of all varieties).

Events range from those for elite athletes, to fun events for kids and participants. Without events, there isn’t much for the media to cover.

Sponsors put money into a sport, with the expectation that it will reflect well on their brand, and lead to more sales. It can be incredibly tricky to measure whether this works or not so sponsorship is always at risk of being cut when a business needs to ease pressure in their budget.

Fans. We watch the game. We follow the athletes. We gamble on the results. We go to events. We buy the merch. We annoy our friends by obsessing over results.

Participants play the game – but just for fun. It may be a social league, an activity for fitness, a kids after-school session, or a masters tournament.

Struggling sports are stuck with a vicious cycle. They don’t have sponsors and money so they cut events from their calendars or downgrade the quality. Those events don’t attract too many athletes to play (especially if they don’t get paid to play or there is no prize money). Without events, there isn’t much chance to showcase the event in the media. You get the idea.

Which lever to pull

Most of the people that run sports don’t understand the Sports Flywheel. Read their strategy documents and they ping pong between aiming to grow participants one year to focusing on high performance the next, to wondering if maybe events are the secret to finally growing the game. Media is something to be begged for, or something you are lucky to get. Elite athletes are funded by government money, if at all.

But with the Sports Flywheel, we understand that each part of the flywheel is a potential lever to catapult your sport forward. Do one thing right and the next thing in the wheel will surely grow too.

So which is the right lever to pull?

It’s not sponsors. Sponsors tend to come last, once they know they will get a return on their investment.

It’s not events. Events on their own don’t attract participants, fans or money. I’ve seen plenty of events with empty stadiums.

It’s not athletes. I’ve seen several sports think that the answer to their problems is an Olympic gold medal. It hasn’t worked.

The lever to pull is MEDIA.

CrossFit did all of their own media on YouTube. They produced high quality content and analysis. They told the stories of athletes and made them into celebrities. It was like you were watching ESPN but focused on a single sport. Somehow, they made watching people sweat through burpees an edge-of-your-seat experience.

RedBull, first and foremost, thinks of themselves as a media company. Not an energy drink company (despite selling close to 9 billion cans of drink!) Their own website says that they are ‘an award-winning, globally distributed multi-platform media company on a mission to inspire with ‘beyond the ordinary’ stories’.

If a sport focuses on media they create something for fans to engage with. They build awareness of the sport so more people participate. They enable allow athletes to build their own profiles and seek their own sponsors, letting them become more professional and raising the standard of the game. And finally, having media assets means you actually have something sponsors will pay for.

Why this matters now

For a long time, media was out of a sport’s control. When media consisted of TV, newspapers, and radio, the only way for a sport to get in the media was for a journalist to cover you. And journalists were mostly interested in covering sports that were already popular, because they knew that would guarantee readers and viewers.

Now, a few things have changed…

…Second, the cost of production has fallen dramatically. You can create professional looking video with your phone, a couple of lights and a laptop. This barrier to entering the media space is gone.

…Third, phones allow every single athlete to be their own micro-media company. We’ve discovered that fans love to see behind the scenes of professional sport. They want to connect with players as humans. And by letting fans into their lives, athletes can build their own profile and monetise it directly.

Media is no longer owned by a few corporations. Instead, media is owned by everyone. And those sports that do it well will win the attention of new fans.

Regardless of whether your sport is a non-profit or not, sport is business. And leaders of sporting businesses need to understand that it’s not gold-medals, events or sponsors that will kick start the growth of their sport into a virtuous cycle. It’s media.

Businesses focus on cost-per-click, customer acquisition costs, retention, engagement and sales. Sports need to be looking at these metrics too.

If you are involved in sport, if you lead a sport, which lever are you going to pull?

If it’s not media, then… I guess I won’t be seeing you. 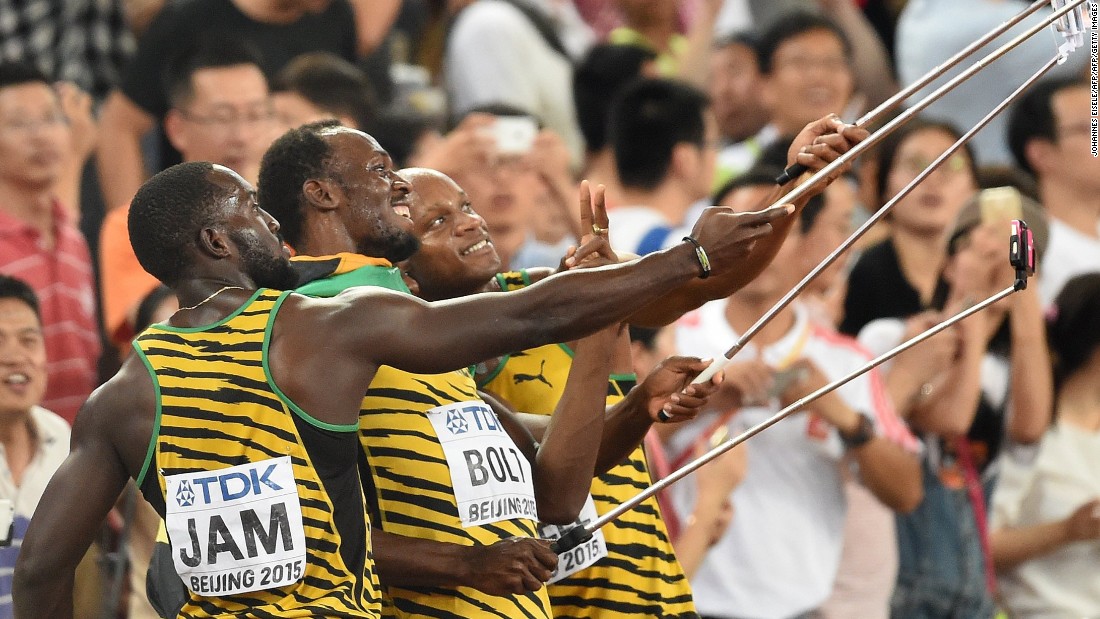 Bonus: The flywheel within the Sports Flywheel

Depending on the sport, it is possible to create a mini flywheel within the larger flywheel.

Go to the CrossFit games and you might remark that the audience is the fittest crowd you’ve ever seen. Many of them have tried the same workouts that the athletes in the stadium are tackling (with far less success). Watch a volleyball match and the audience will groan in unison at a bad ref call because they intimately understand the game – most of them have played the sport before. Watch a snow skiing event and even to get onto the slopes to spectate you must have a modicum of skill as a participant. Combat sports are the fastest growing area of fitness in the world – and it’s not surprise that viewership is also at an all-time high.

They become evangelists for the game. And create a flywheel, within the Sports Flywheel.